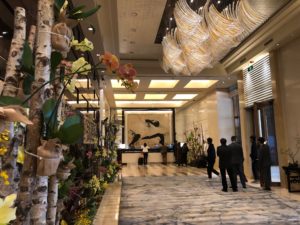 Four Seasons Hotel Beijing, in the city’s Chaoyang District, opened November 2012 and, as always with this luxury hotel brand, instantly attracted the usual Four Seasons crowd.  What do they like?  Well, locals appreciate being invited to join its Lifestyle membership programme, which gives access to conciergerie, and benefits in restaurants. Even Beijing locals, also, like to move in at weekends, when business travellers have gone home. Staycations are becoming big in this cutting edge town, and staying over allows late-night visit to the hotel’s massive Equis multi-entertainment complex without the worry of having to go home afterwards. 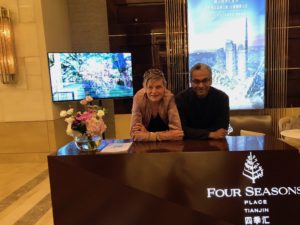 GM Andrew de Brito, clad as always in his signature O’Quirey footwear, seems to work all weekends and perhaps that is yet another reason to staycation in this 313-room hotel (why IS it that so many hotels are staffed by seconds-in-command, in all departments, at weekends, thus giving a subliminal message to staycationers that they are buying tickets for a slightly inferior performance?). Anyway, here, at Saturday lunch, is the would-be Malaysian lawyer, now more than ever directing a hotel that will see 80% average occupancy this year. 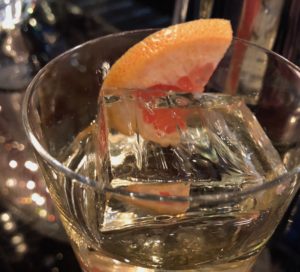 We are at Mio, where Neapolitan chef Niello Turco comes out with his usual enthusiasm, and, like the servers, greets customers as old friends.  Nearly all tables are taken, mostly with local family parties. The sommelier comes up and makes, at our table, a signature Negroni. Andrew de brito shares details of the hotel’s main charity, Educating Girls in Rural China (EGRC), started in 2014 by Ching Tien, owner for a long time of Omega Gallery in Vancouver – she is also, now, Chairman of Vancouver Children’s Choir. The hotel’s admirable EGRC initiatives include donating a percentage of all sales of its popular Autumn-season mooncakes. 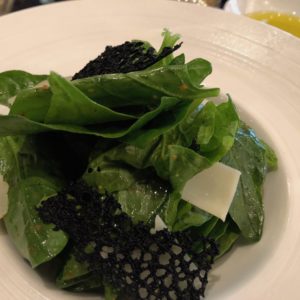 There is always something worthwhile going on in this luxury hotel.  As I eat my spinach salad I hear about the 13-year old talented pianist and daughter of a close friend of the hotel, who wanted to give a concert to benefit the underprivileged. Andrew de Brito describes the hotel’s Residential Artist programme, currently featuring Vivi Wan’s Blue Flowers series, which explore the relationship between magical realism and the environment, and then he enthuses about experiences that include guests helicoptering over the Mutianyu section of the Great Wall.  Back up in suite 1515, I notice a leather-bound booklet, Quiescenes,offering such complimentaries as your choice of pillow as well as pay-for happenings, say a soaking bath that might be just right as recovery after a Great Wall trip. And on my way out I notice – how can I fail to? – the 2.6 m-tall stainless sculpture, above, Waiting For You to Appear, by Wu Hiahui. SEE SUITE 1515