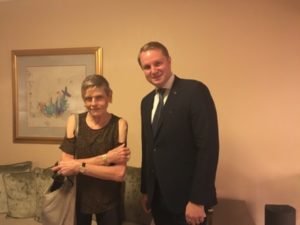 What does the gal remember about one luxury hotel rather than another? What ARE differentiators? Every hotel brand is trying to push its memory points, as fodder to wean consumers away from impersonal commoditisation, but ease, of making a hotel reservation via an OTA, Online Travel Agency, is vital to those who are time-deprived. Some brands are fighting OTAs on price – book with us direct, for a discount. Book direct for such perks as free breakfast, free WiFi (does ANYone charge for WiFi? Yes, some Hiltons do, unless you have signed up for free membership of HHonors). Differentiators include the unexpected, like Kempinski Lufthansa Center Beijing’s Cuban lady hand-rolling cigars, using leaves imported from Havana (above). 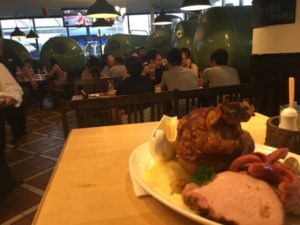 Andreas Magnus, the Norwegian manager of this massive – well, 540 rooms plus banks of adjacent offices – hotel actually explained that the Cuban roller does not belong to the hotel. She is brought in by the tobacco shop, a concession that also has stores in some other hotels. Ms Roller, who has been doing this for 23 years, rotates around, one day here, one day there. It was my lucky day to find her here but there were many other touchpoints during my stay. Of course we had to walk through the amazingly successful Paulaner Brauhaus, which flows out to the garden now that summer is here. They will serve well over a thousand tonight, typically a substantial (understatement) plate with half a chicken and several German sausages, and of course a litre of brewed-here beer. 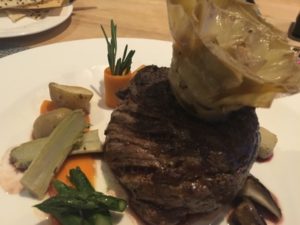 See the video below. How DO elegant young Beijing ladies do it? They are certainly becoming adventurous: it is groups of unmarried fashionistas who may well be leading a whisky tasting here, and a wine tasting there, and certainly enjoying the brew in Paulaner Brauhaus. We opt, by contrast, for the peaceful calm of Via Roma, where chef Francesco Sanna is tonight wearing a blue suit as he is MOD, Manager On Duty. He cannot, however, resist coming to take our order personally, and then taking off his jacket, putting on an apron and cooking for us. I have a really flavourful steak, from Inner Mongolia (another touchpoint): I could have had a more Chinese evening had I chosen a Crazy Fang wine, but her label was not on the extensive red wine trolley. 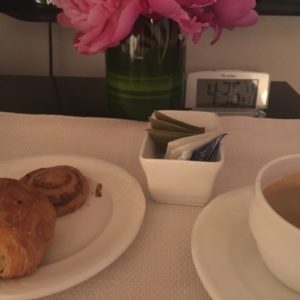 Three days later, Francesco Sanna was all set to start his four-night Italian Cuisine and Wines World Summit, the eighth such event at this luxury hotel. One night master butcher Simone Fracassi gave a demonstration. The other three nights included a wine dinner, with Vincenzo Guarino, a pizza acrobatic show with Sanna himself (he is a former European pizza-making champion), and dishes prepared by Paolo Gramaglia, Daniele Reppetti, and Vincenzo Tesauro. Those nights would have provided yet more memories, but my own touchpoints continued. When I called down to book a pre-dawn wake-up call, the operator asked if I would like tea or coffee. Yes please. Sure enough, three minutes before my telephone call an alert nocturnal waiter arrived, with the tray shown – and the pastries were warm and this was all free. THAT was certainly a differentiator. Now see the Paulaner video below….