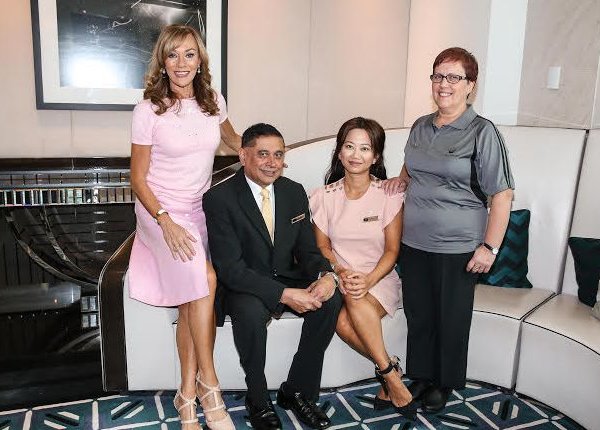 Twenty years on from opening its doors, Crown Towers Melbourne remains an integral part of Melbourne’s culture, its complex attracting 31 million visitors a year and contributing $3.1 billion per annum to the Victorian economy.

Since opening to the public in 1997, Crown Towers has prided itself on building a worldwide reputation as one of the most luxurious hotels and achieved the ultimate distinction this year after receiving a Forbes Five-Star rating for the first time, which is recognised as the most prestigious travel guide rating.

Celebrating our 20th birthday as one of the only Forbes Five-Star rated hotels in Australia makes our birthday celebrations that much more special … While there have been plenty of changes in the industry over that time, one thing has remained constant; without passionate and dedicated staff, none of this would be possible.

Long-serving staff is one more thing to add to the long list of Crown Towers’ incredible accolades, with many employees having served within the wider complex for over 20 years. Crispin Hannibelsz, now the villa butler, has been within the butler team for 20 years and has looked after some of the most powerful people in the world, Bill Clinton topping his list. Revenue manager, Brad Francis, who started as a Bell Captain in 1997, has progressed through nine different roles throughout his time in the business.

It’s the small things and finer details of our customer service that keeps us at the forefront of Australia’s hotel landscape … That is the secret behind our success for the last 20 years -– and will be the reason for it for the next 20 years.