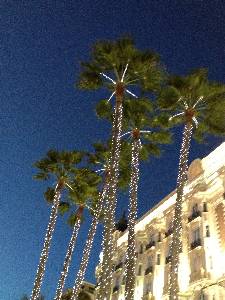 Looking up at the magical Martinez, my luxury hotel during ILTM 2012

For you, dear reader, luxury is the neighbouring airline seat that is empty, and the Laurent-Perrier suitably chilled.  Luxury is also the hotel room that feels as if it has been designed just for you, in the divine champagne hues of, say, the Jean Harlow-style suite 531 at Hotel Martinez, Cannes’ premier luxury hotel (read more about that in days to come).

But have you thought who makes all this luxury happen, and how?  As always, the gal was in town for the biggest annual luxury travel event, International Luxury Travel Market, known to everyone as ILTM.

Of course everyone who is anyone was also there, like over three thousand of one’s best friends, some of whom you only see once a year. This year – December 3-6, 2012, it was bigger than ever. There were a total of 1,347 exhibitors and something like a total of 51,000 pre-arranged meetings. 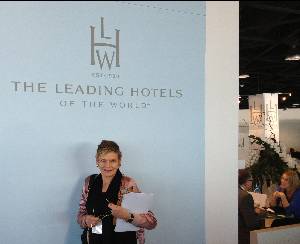 Lufthansa showed its private jets, powered by Netjets. Cruising ranged from Aqua’s luxury river cruisers on the Amazon and, from next year, the Mekong – through to Silversea, showing off its second exploration ship, Silver Galapagos, which finally might give me a chance to visit the archipelago (yes, there are some places still to see).

Add to the exhibitors the ‘hosted buyers’, in other words the top travel agents of the world. This year there were 1,377, including first-timer Rafaele Sorrentino, the Berlin-based super-concierge who is setting up bespoke and accompanied luxury travel. There were lots from BRIC nations, and Poland and the Ukraine. 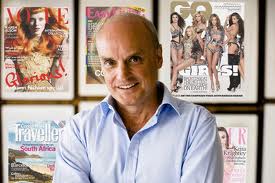 First, on the Monday of ILTM, there was a two-hour forum.  It was lovely to hear Nicholas Coleridge CBE, who as big chief of Condé Nast worldwide oversees 142 magazines which reach 145 million keen readers.

Loved the way he spoke about what he wants, and what he hates, in hotels.  He wants a good outdoor pool, a well-lit bar, extra blankets, solitude, good bedside reading lights, speedy room service, warmth rather than iceberg air conditioning .. his hate list kicks off with butlers and goes on to complicated lighting, electronic room keys, sealed windows, too many questionnaires, tipping, day cushions on the bed, impersonal welcome letters, and not knowing if a bottle of claret is a gift or not. 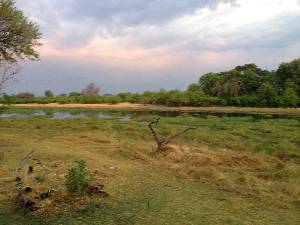 View from a tent at Khwai River Lodge, Botswana

Nicholas Coleridge has about 20 work trips a year, and he takes two or three family holidays.  Wonder if the Coleridge clan ever stays in tents?  New this year, at the show, was entrepreneur Luke Bailes’ latest offering, the six-tent Singita Mara River Tented Camp in the northern corner of the Serengeti (to be exact, it is the 98,000-acre Lamai Triangle, sandwiched between the Masai Mara National Park to its north and the Mara River to the south).

The entire, permanent, camp is powered entirely by solar, using photovoltaic technology. It sleeps 16 and, for families, two tents are linked by covered canvas walkway.  Best migration time is August to October.  I thought back to my own great stay in Botswana last month. 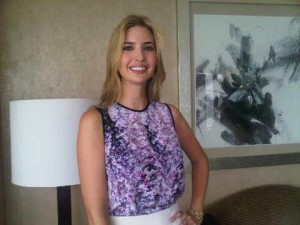 Ivanka Trump, designer of jewellery you can hire at Trump Soho, New York

As I toured the show over the next few days, I learned that Ritz-Carlton Lake Tahoe, a ski-in ski-out mountain retreat, now has a resident marshmologist (?) who shows you how to produce perfect roasted marshmallow s’mores; at Ritz-Carlton Half Moon Bay, fire butlers light your terrace fire pit while their colleagues, wearing wine butler labels, offer your choice of pour.

I ran into my good friend, Travel + Leisure’s Nancy Novogrod, whom I last met at Taj’s Faluknuma Palace near Hyderabad.  Another dear friend, Andreas Oberoi, says that at Trump Soho, the luxury hotel he runs in New York, you can now not only rent a red-carpet dress but also Ivanka Trump jewellery, designed by Ivanka…