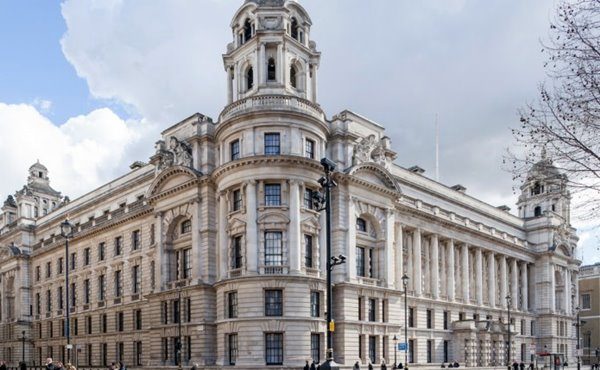 Raffles Hotels & Resorts has announced the signing of an historic partnership with the Hinduja Group and Obrascon Huarte Lain Desarrollos (OHLD) to transform the Old War Office building in Whitehall into the most unique hotel and deluxe residences in London. The Raffles Hotel in London will be the heart and soul of this exciting landmark destination.

Raffles Hotels & Resorts is delighted to complete its already stunning portfolio with such an exclusive asset in such strategic city and location.

Steeped in history, the first Raffles Hotel was opened in 1887 in Singapore, named after the British statesman and founder of Singapore, Sir Thomas Stamford Raffles. Raffles was celebrated by Nobel Prize winner, Rudyard Kipling, in his 1889 book, ‘From Sea To Sea’ and in 1915 Singapore’s most famous cocktail, the Singapore Sling was created at the hotel.

The Grade II-listed Old War Office, with its 1100 rooms across seven floors, was completed in 1906. It was the office to many of the United Kingdom’s most important and influential political and military leaders of the 20th century, notably Sir Winston Churchill, David Lloyd George, Lord Kitchener, Herbert Asquith and T.E. Lawrence. It was also the haunt of the British Secret Service who had its own, more discreet entrance.

Close to 10 Downing Street, the Houses of Parliament and Westminster Abbey, the Old War Office was bought by Hinduja Group and OHLD in December 2014 following a public bid. Planning permission was granted for a multi-purpose development including 125 rooms (of which 40% are suites), 88 private residences, restaurants and other amenities. Completion is expected in just over three years.

Commenting on the new partnership, Sébastien Bazin, chairman and CEO of AccorHotels said: “I am delighted to announce this long-term management contract with the Hinduja Group and OHLD. This is the start of an important partnership for Raffles Hotels & Resorts and will create a new and vibrant landmark for London. This is a significant step for Raffles and a strategic addition to the Group’s Luxury portfolio. We remain committed to providing guests with unparalleled service and experience.”

Gopichand P Hinduja, the Hinduja Group’s Co-Chairman said: “Our new partnership with Raffles Hotels and Resorts is a significant milestone in our vision to transform the Old War Office into London’s finest luxury destination. Raffles brings a unique understanding of British heritage and tradition that will help revive this great British landmark.”