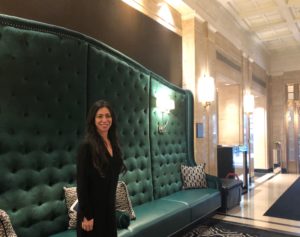 Of course we expect that a traditional French dish should be best prepared, namely with ingredients procured, cooked and served by the French. Take a simple salade Niçoise, says the gal. One of the best ever is at Le Negresco, in Nice (how fascinating it will be to see how that legendary luxury hotel’s new chef, Virginie Basselot MOF, presents a ‘Niçoise’ in the pop-up restaurant she is running while the hotel’s La Rotonde is re-designed).  But, here in the US capital, the lovely Sofitel Washington DC Lafayette Square has a new take on that dish, as Karla Erales, Mexican-born GM of the 237-room hotel, showed me. See a photo of the hotel’s Niçoise, above. 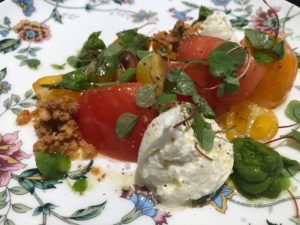 This is a really stylish hotel, a hidden gem on 15th and H streets. No wonder Pebblebrook Hotel Trust Chairman/CEO Jon Bortz announced, on September 6th, 2018, that it was to merge with LaSalle Hotel Properties – it gained Sofitel Washington DC Lafayette Square as part of the package. This is a property that sees 83% occupancy, with average stay of 2.1 nights – weekdays are business, weekends leisure, but interestingly overall only three percent of people staying here are French.  They can eat in the French-designed Opaline Restaurant, by Pierre-Yves Rochon, or, like me, they can go Italian, say a memorable burrata. 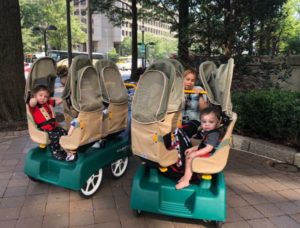 And then there was just time to see bedroom 814, the only one free in this busy central-city hotel (I liked the Lanvin toiletries), and to hear about the 14th July celebrations, when sizeable cut-outs of the Eiffel Tower and other memorable landmarks were dotted around the hotel.  We need to show we are not old France but NEW France, said Karla Erales as I left. And then it was hello to tomorrow; at the first crossing I nearly collided with a pair of yet another kind of vehicle to transport Washingtonians, a multi-cart for toddlers.