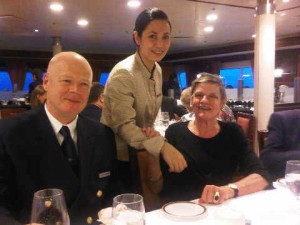 When you stay in a luxury hotel, say Mandarin Oriental Bangkok, it is always helpful at least to know who the boss (the ‘GM’) is – in that case, Amanda Hyndman.

When you fly, you may not know who the boss (the ‘Captain’) is, unless you sensibly fly British Airways, in which case he, or she, not only personalises the inflight announcement at departure time but now, thanks to a new BA initiative, sometimes comes right into the cabin to make that announcement in front of you all.

But when you sail on a luxury cruise ship, who the boss (the ‘Captain’) is is known to everyone, says the gal. 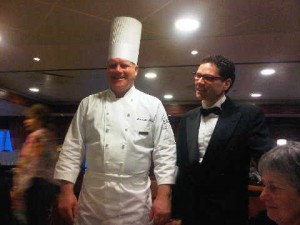 Captain Adam Boczek is one of two captains of the Silver Explorer: he works roughly 50 percent of the time, alternating with the other captain.

Captain Adam, as he is universally known, is totally charming, and on this voyage, which has just left Tromsø, he has his wife and the youngest of his three daughters onboard.

He was born in Krakow but going to sea was natural, he says.  He simply followed his father, who was also a sea captain. 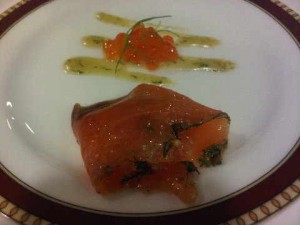 Last night he hosted a cocktail party for all the 106 passengers, who dressed up (well, suits and ties for the men, not a dinner jacket in sight other than on the waitstaff).

He introduced his management, his female Swiss deputy, the Austrian female hotel director, a Bulgarian engineer and a Peruvian finance guy – no Italians in sight, although we are on an Italian-owned ship.

He then hosted dinner, at a table for eight, one Australian, the rest English, with a Bermuda past in two instances. 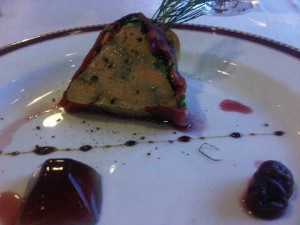 Typically, at sea, you introduce yourself by first-name only.  The crew, especially the Filipinos, must study the manifest avidly.

Within 24 hours, they are calling you Mr John or Madame Ann, although sometimes ‘Mr John’ might become ‘Mr Ann’. But no-one minds.  On a ship as compact as Silver Explorer, everyone is part of one big family. 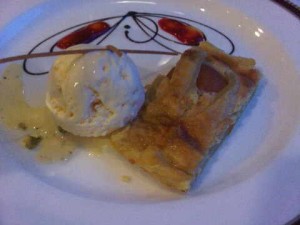 ..and a meal that finishes with apple pie and ice-cream

Captain Adam only joined Silversea late last year.  They were looking for someone with polar experience, he says.

He was introduced to the ice in the Baltic many years ago, and was on expedition vessels since 2005, first on the Polar Star and then on the Corinthia II.

When the call came, he flew to Silversea headquarters in Monte Carlo and then he had an overlap of five days, with the other Silver Explorer captain, immersing himself in the culture. 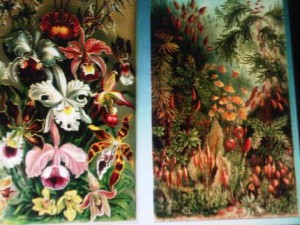 Onboard botanist Hans-Peter, from Vienna, has pages of books to identify any flowers you saw

What is so special about the Silversea culture, Captain?  The attention to detail and the quality, he says.  For passengers this includes the personalisation.

Say you ask your butler for a daily wake-up, at 0630, of fresh-squeezed orange juice, a banana and an English Breakfast tea, then that is what you get, day in, day out.

Say you want to know more about a particular plant, then Hans-Peter, the Austrian botanist who is one of the ten ‘expedition leaders’ onboard, will spend time researching it with you.