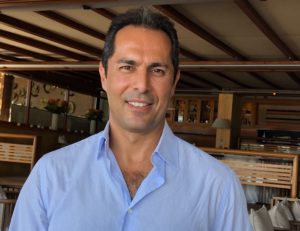 Athens, or rather Vouliagmeni peninsula – see above – 35 minutes’ drive south of the Greek capital’s Syntagma Square, will, come March 2019, have an iconic luxury Four Seasons complex.  GM Sam Ioannidis seems to have been onsite for a ‘long time’, patiently converting the 30-hectare Astir Palace resort into what will be Four Seasons Astir Palace Resort. Back in 1958 when Astir Palace opened, it became focal point of the Greek Riviera. Every famous name, including Greece’s Yiannis Latsis, Melina Mercouri and Andreas Papandreou, relaxed here, plus such others as Brigitte Bardot, Rudolf Nureyev and most of Europe’s top politicians, some of whom, says the gal, should not be mentioned. 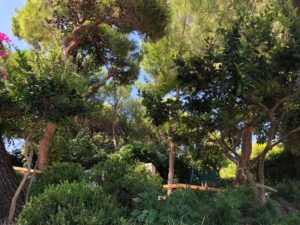 Today the peninsula still has its famous pines.  It also has the input of hundreds of local workmen busily laying walkways and converting the two original hotels, the Arion and the Nafsika (at one point Westin) into what will be the two blocks of Four Seasons. The 163-room Arion block, with 61 separate bungalows, and the 136-room Nafsika block, will have comparable rates. Between them there are 32 private pools, plus shared outside pools and, of course, gorgeous beaches. The walkway from Arion to Nafsika takes about seven minutes, and, says Sam Ioannidis, staff with fresh fruit will prepare to order, as walkway refreshment.  Ah food: of course I know to expect the best, but all I am told is wait and see, but it will be authentic, with lots of organic and grass-fed. 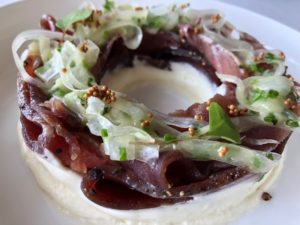 The spa will be water-based, and wellness offerings will include nutrition support, and a latest-Techogym fitness centre. There will be tennis galore, plenty of water activities, and boating (there is an historic, and popular, marina).  All this will be looked after by a total 700-strong team, the women, says Ioannidis, dressed by fashion leader Sophia Kokosalaki, who has also designed the uniforms for Aegean – if you have not flown this airline, which now owns Olympic, let me tell you the cabin crews are arguably the world’s best-groomed, and among the most professionally friendly.  Back to Four Seasons.  Sam Ioannidis is amazed that he already has nearly two dozen big weddings booked, from Greek diaspora in the USA, and he also has an ‘incredible number’ of definite reservations from holidaymakers, over 60% US-based.  Yes, Athens is flavour of this month, and post-March 2019. 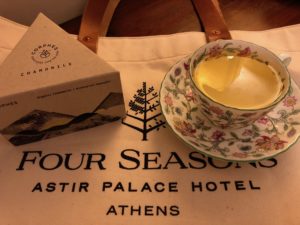 Camomile, from the tops of mountains

I was asked not to photograph on-site and there were as yet no eating facilities so on this occasion we lunched at nearby Ithaki, looking back across the Saronic Gulf at what will be the luxury Four Seasons Astir Palace Resort. Lucky guests, as soon as the luxury hotel, or rather hotels, do open, will find unique gourmet and design specialties that Sam Ioannidis has been seeking out over the past few months.  The photo on the right shows a beach bag – really big and sturdy, and with an inner pocket.  The Minton cup, admittedly belonging to the photographer rather than the hotel, holds one of Sam Ioannidis’ exclusives, camomile tea from Corphes, ‘hand-picked from the peak’. The camomile is harvested at an isolated ecofarm up to 1,430 metres above sea level in Deskati, Grevena, without any chemicals.  That is all impressive, and the final touch, to me, is the presentation: the camomile heads are packaged in a triangular box with cutouts of the mountain peaks, brilliant. And a miniature pair of tongs is included.