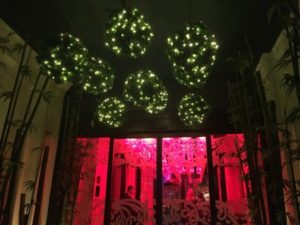 The hotel’s entrance, on rue d’Anjou

It can be cold in Paris in winter but that need not restrict creativity, when a building has a central courtyard that can become the setting for an installation, say a pop-up restaurant. Buddha-Bar Hotel Paris is the master of that particular art, and the locals love it. Head round to the exciting entrance, on rue d’Anjou, and enter the world of exotica, also known as one of Europe’s most imaginative hotels. All around is colour, scarlet, and yellows, and blacks, but in the courtyard the gal found a Japanese garden, with real bamboo, and an open-sided, well-heated tent – see above – serving shabu-shabu (they had a pop-up here last Summer, too, see the video below). 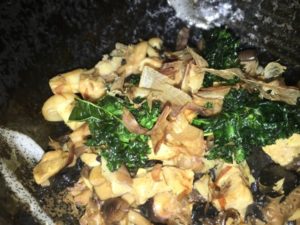 But we had Japanese inside, in the main Le Vraymonde restaurant, formed out of five connecting rooms which had, many years ago, been stables. The hotel brilliantly partners with naturopathic nutritionalist Catherine Malpas on its Vraymonde menus here: a year ago, Vogue France said following Catherine Malpas had a triple effect, namely zero frustration, a feeling of wellbeing magnified tenfold, and optimal health. There are other suggestions but if you want to eat healthily, do as I did. I started with Japanese mushroom tobanyaki with foie gras and dried bonito, and then went on to roast turbot with wakame and almond crumble, Jerusalem artichoke purée and wasabi sauce. 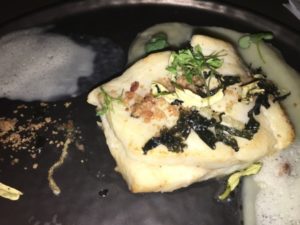 Yes, I admit I was a little hesitant beforehand but I have to say it was absolutely brilliant. Both dishes were so so tasty. The room around us filled up, fast, and it was obvious that Parisians also like the ambience here, and the food, and the service – and the wines. We started off with glasses of Premier Cru Beaune de Ch Bouchard Père & Fils but then what a surprise. One of the five rooms here has been turned into a bottle-lined tasting room, seating up to ten around a communal table. There are regular tastings by winemakers and I coincided with one such lovely occasion. 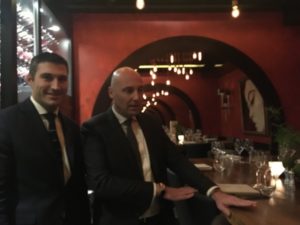 Tonight it was Clément Jolivet, representing Paul Jaboulet Aîné, who was hosting – the Frey family, who already owned Ch Le Lagune, bought this house in 2006. He briefly left his nine companions to bring round some tastings, namely La Chapelle de l’Hermitage Paul Jaboulet Aîné 2006, and then Chassagne-Montrachet 2013. Oh my gosh, what an evening. This entire luxury hotel experience is pure theatre, thanks to the imagination both of the hotel GM, Gérald Van Reck, and his food genius, Sylvain Greiner, and I cannot wait to see what they are going to do next (is it true they are designing an umbrella to put over the entire five-storey courtyard during summer showers? Watch this space). NOW SEE LAST SUMMER’S VIDEO