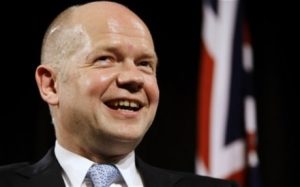 Some would say St Paul’s Cathedral, above, is one of the most recognisable and important icons of London. It was therefore entirely suitable that the fifth annual meeting of the British Hospitality Association (BHA) was held in its shadow, at the very business-like Grange St Paul’s Hotel. Big congratulations are in order, says the gal, to Grange Hotels’ MD, Tony Matharu, who was on hand throughout, and well done, too, to BMA CEO Ufi Ibrahim, for mustering well over 500 delegates, and to Bench Events’ Chairman Jonathan Worsley for putting together a programme that was really interesting. One speaker, for instance, was the forever-young William Hague, left, who made his debut as a skilled orator when only 16 years old. 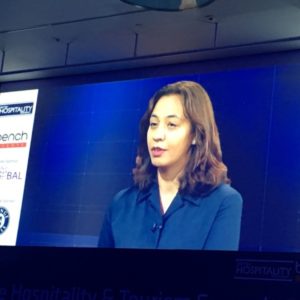 That day, speaking to BHA, he, now Lord Hague of Richmond, Yorkshire, was in full verbal flow. As Foreign Secretary he travelled to 83 countries and not one was as beautiful as the UK, and whatever happens post-Brexit the country is not losing its hills and valleys and its museums and its great hotels. He did, laughingly, wonder if there would in future be tours of towns that broke Europe… seriously, he pointed out that today everything is changing because of social media, and insurgency will not go away. He expects the EU to be increasingly polarised, those who want more togetherness and those others who may want to break away. Yes, there will be a new Conservative leader in UK and do not rule out a dark horse (he was elected after starting the campaign at 56-1 odds). 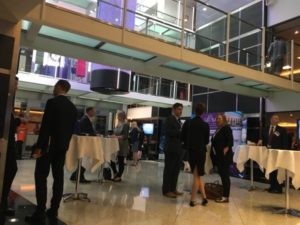 Part of the exhibition area at Grange St Paul’s

The day-long conference had other riveting speakers, including John Whittingdale OBE MP, the Secretary of State for Culture, Media and Sport – and, without it being on his masthead, tourism. He said freedom from the EU might mean the chance to break away from Brussels’ regulations on the hospitality front. The immediate effect of sterling’s fall would be growth in incoming visitors, a feature mentioned by many other speakers. PWC’s chief economist Andrew Sentance CBE said that what has happened will definitely not boost the UK’s economy but basically Parliament needs to get back on its feet, with new Tory leadership. Negatives will certainly be uncertainty and lack of confidence. 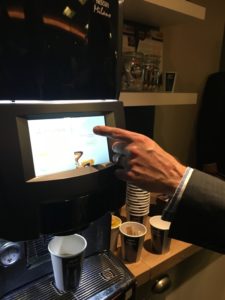 Looking back to Andrew Sentance’s previous days at British Airways, any uncertainty has, he said, a short-term effect on outbound travel, and the image of the UK will not be enhanced in Europe. But positives include the weaker pound, stimulating inbound travel. Other speakers brought in by Jonathan Worsley included Rafat Ali, the charming founding-CEO of Skift, which will be expanding to London next year. And, in between all this pontification, there was outstanding food and drink supplied by Grange Hotels, and by another lead sponsor, Nestlé. It was an extremely worthwhile day, well done BHA, www.bha.org.uk, and Bench Events www.benchevents.com