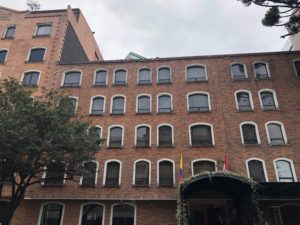 The gal was really looking forward to returning to Bogota for many reasons, not least of which was to see Four Seasons’ two new hotels.  Yes, as of 2016 Four Seasons has not one but TWO unique properties here, only 15 minutes’ drive from one to the other.  They do have similarities. Both are upgraded existing hotels, formerly flagged as Charleston, and both remain owned by the Gilinski family. Both have 24/7 gyms and, of course, a myriad of Four Seasons’ luxury touches. Other than that, both are one-offs.  First, the larger of the two, the 88-room Four Seasons Hotel Bogota, in the Zona T, happening area of town. From the street you see what it really is, an 1988-vintage brick building.  A discreet sign set into greenery either side of the entrance steps announces that this is, indeed, the hotel (see the photo above). 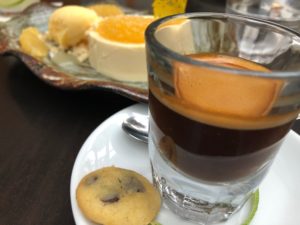 I arrived at the horrid hour of 0130 (who says I have a lovely life?). They were expecting me, they showed me up to room 653 – see the video – and I collapsed into bed. In the morning, pulling back the taupe drapes, decorated with white yarn threaded in and out as beads, I looked out into a busy street, immaculately clean thanks to an army of sweepers in royal blue uniforms parading, with their bins, as they started shift.  I headed down and through the lobby to the restaurant, NENO, which is actually a standalone and highly popular place that few locals associated with beds (Colombians do not ‘do’ hotel restaurants, I was told). NENO is apparently the nickname of the father of Harry Sasson, the celeb-chef who fills the place breakfast on.  He certainly knows how to make good coffee, as I expected in Colombia, and I loved the buzz of the place. 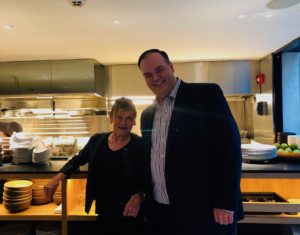 NENO has a street-set terrace in front and, at its rear, a greenery-full terrace that can be sold separately as a venue for up to 40 (its glass roof can be closed if it looks like rain).  This is a very clever operation: even the space between NENO and hotel lobby, closed off after breakfast to further the feel of a separate restaurant, can be sold for private dining.  Mark Bingle runs both this hotel and its symbiotic sibling (it should would help to have a helicopter, he said, explaining how he spends a lot of time commuting from one to the other when he would rather be talking to guests).  Both hotels are corporate during the week, with guests choosing whichever property is nearest to their place of work –here, banking, oil and gas, and Netflix-Dynamo and other entertainment predominate. At weekends, leisure business is more determined by age of guests. 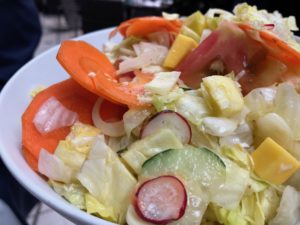 Here at the luxury Four Seasons Hotel Bogota the local nightlife is a strong attraction. Millennials and lifestyle lovers know they are only a few minutes’ walk from many of the best places in town.. To keep themselves going they can stock up energy with a really good Matrix gym, and try some of Harry Sassons local-comfort dishes – see his salad, here, not a green leaf in sight but goodness, the green avocado and heart of palm are delicious. And for those who have been clubbing all night, what is better than a Colombian breakfast to start the next day, with arepas, chorizo sausage, blood sausage and slow-poached egg? Weekenders from afar, say the USA, might then have to turn straight round for one of the many activities planned by travel agents or the hotel concierge, a visit to the gold museum, looking at local graffiti, a bike tour or, back to coffee, a tasting of Colombia’s best. SEE ROOM 653, AND THEN HAVE A LOOK AT NENO BREAKFAST