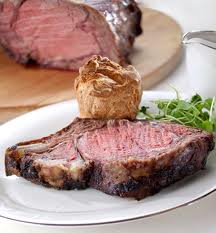 Roast beef and Yorkshire pudding, at The Rib Room, London

Beef lovers know that the best roast beef in West London – think Chelsea, Hyde Park, Knightsbridge – is at the venerably-young Rib Room. And now there is even more of a reason to make a special trip to London.

The gal can announce that the Rib Room, pride and joy of Jumeirah Carlton Tower, has just launched a loyalty card.  Pay a mere £150 a year and you get one free Sunday night’s stay, your choice of date (this alone makes the card worthwhile as the least expensive rate on the luxury hotel’s own website is £350 a night).

You also get two for the price of one at any lunchtime, excluding Sunday, and discounts for eating as a party of four, any time, and for spa treatments. 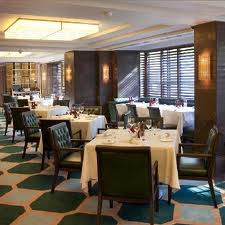 The historic room has just been ‘tweaked’ by designer Martin Brudnizki

Worth coming to London!  Make a reservation now, but, first, order your Rib Room loyalty card.  Say you are booked in, then, for your Sunday overnight stay.  What can you expect?   Well, you have obviously made a reservation, too, for the Rib Room.

This lovely ground floor restaurant, looking across Cadogan Place into Cadogan Gardens, celebrated its half-century last year with a tweak by designer Martin Brudnizki.  It still looks the same, with wood blinds, but is now enhanced by a marvellous shutters company run by my friend Paul Reynolds.

The room has green and lemon carpeting, green leather chairs and sketches on the walls by Feliks Topolski, the caricaturist whom I knew when he was one of the Old Guard of London artists (he is now enlivening the heavens, for sure). 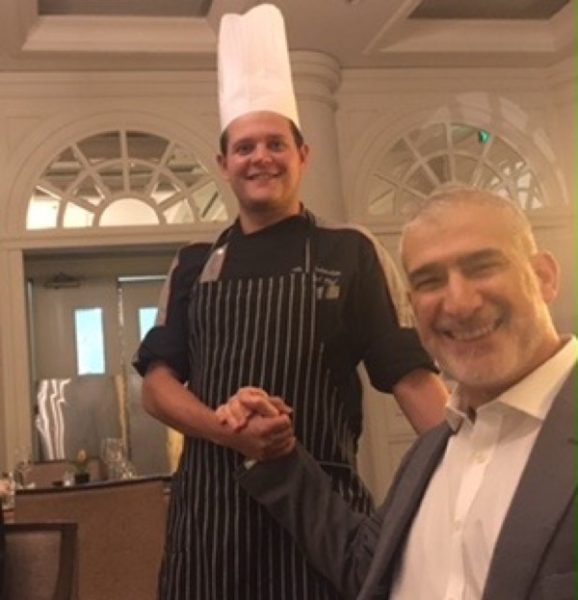 There are three private dining rooms, and an outdoor terrace, with Bordeaux burners, for those who want to smoke.  Inside of course it is – despite a humidor with a good range of Montecristo cigars – absolutely smoke-free.

You are shown to a table, by a fabulous young Italian manager called Michele.  Your table has crisp linens, and flowers.   The menu is brought.  There are daily specials, and à la carte with such classics as Dover sole, and Aubrey Allen steaks. 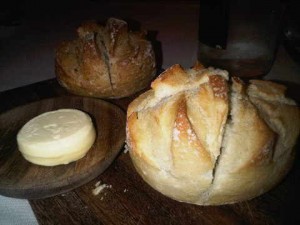 Many local residents come here to eat two or three times a week, which shows the quality and consistency of the place (who is going to go to a luxury restaurant where you get great food and great service one day and mediocre the next?).

No, here the quality of everything is such that people come back, again and again. And roughly a third of them will order the roast beef.  Rudge and his crew roast the ‘joint’, as the English call it, five ribs at a time.

The beef, by the way, comes from one of the Duke of Buccleuch’s five estates, four of which are in Scotland, one in Northamptonshiire, in mid-England. 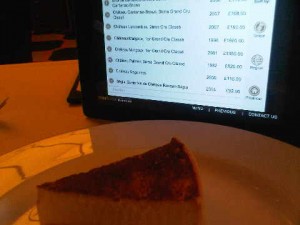 The wine list is presented on an iPad, which has all tasting notes

Beef is served here with the traditional Yorkshire pudding, originally from that northern county. Today the pudding is usually popover style, cooked in a cup: in the past it was often a large mass, cooked under the roasting meat so it picked up all the drips of goodness – and fat (it was often called dripping pudding).

I am told that as much as possible of the produce here is from the UK, although not surprisingly the olive oil is Italian, Manni, which The French Laundry boss Thomas Keller says is ‘the best and healthiest olive oil in the market’: you can buy it in the USA from Williams-Sonoma.

The butter, however, is English, Loseley – it goes marvellously with the popover-sized brown loaf and matching white loaf which come on a wooden platter. 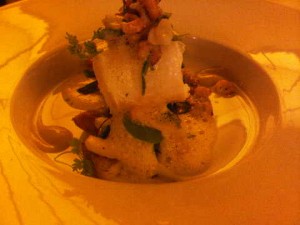 The best-selling Baked custard tart with blackberry and pear compote

The dessert menu includes the best-selling Baked custard tart with blackberry and pear compote.  I am told that this is such a favourite of the hotel’s top culinarian, Simon Young, that whenever he gets a little peckish he will order one.  Quickly.  Presumably he does not, however, also order up the paired wine, a Ch Suduiraut Sauternes 2002, at least when he is on duty…

The wine list is now completely on a slim-line iPad – it is updated daily, so you never ask for a wine that is no longer available.  Request, as some do, the most expensive on the list, namely a Ch Margaux 1996, and you can have it, for £1,600. 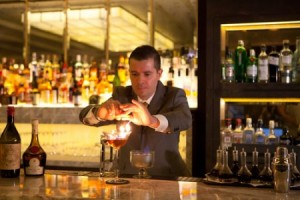 As we leave, a barman prepares a Sloane Street Vesper

The meal finally, sadly, comes to an end, with home made truffles, white chocolate and ginger, orange marmalade and salted caramel.  They even give me a couple to take home.  Any sensible person would, of course, be staying overnight here, at the 216-room luxury hotel that is only seven minutes’ walk from Harrods – Harvey Nichols is even closer.

As we walk out the mixologist is busy preparing one of the bar’s specials, a Sloane Street Vesper, with Pinky Vodka, Sipsmith Gin, Americano Cocchi and Lillet Blanc. Now, definitely, I will visit the latest Rib Room, at Jumeirah Emirates Towers, when I am next in Dubai.