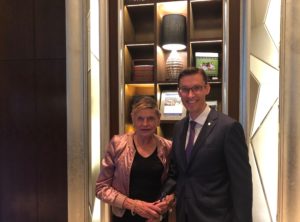 How a luxury hotel greets a guest arriving any time of day says a lot about it, and when the arrival is early evening every single minute is precious. Flying into Kuala Lumpur, scheduled arrival 1700, the hotel’s own representative Hari was waiting by the plane door, and the gal was hustled through Immigration at lightning speed – Hari does the same for departing passengers, thus saving them at least 30 minutes in snaking lines up to emigration desks. The car was waiting, its WiFi working, and an hour later, there in the lobby of the imposing 473-room hotel, GM Steven Greenwood was waiting – this is certainly one enthusiastic IHG stalwart, with the company ever since he chose their graduate course back in 1996. 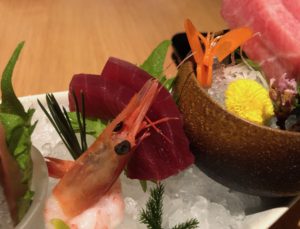 I nipped into the gym and followed instructions on a wall (see above) for a satisfactory seven-minute reviver. Then, washed and titivated, so to speak, I hastened down from Club room 2625 for a really lovely and friendly dinner in Tatzu – the other dining choices are Tao Chinese, Bentley’s Pub and all-day Serena, and the restaurants are all pork-free, while such MICE events as a recent 800-strong meeting for Petronas are halal.  Steven Greenwood told me, as we started with sashimi, with wasabi grated at table, that one of his goals in all the hotels he oversees throughout Malaysia is to get more local GMs. Just as he was encouraged, before he really knew what he wanted to do, by Scottish hotelier Alan Deeson, so he hopes to inspire people in his portfolio: looking back, he recalls, he was invited by Deeson to work in his own boutique-sized hotels, and then he was told to get some qualifications. 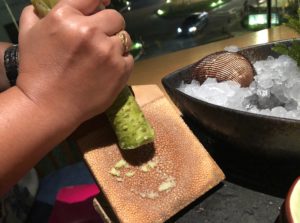 The conversation moved on to Kuala Lumpur’s spin-off from Crazy Rich Asians.  A lot of the cult movie was actually shot here; the taxi drop-off scene was at Kuala Lumpur Airport, and BLVD House restaurant was featured. The supposed Singapore family home of the Young family was played by Carcosa Seri Negara, the one-time residence of the British High Commissioner to Malaysia, which was later a hotel (it closed 2015, and fell into neglect, unfortunately). Other ‘starring roles’ were played by the St Regis Kuala Lumpur, Four Seasons Langkawi, and the E&O Hotel in Penang, the last pretending to be the Young family-owned Calthorpe Hotel.  No, the entire movie was not shot here. Singapore contributed Marina Bay Sands, and Chimes, where Jeremiah Tower once had a branch of his famous Stars restaurant in San Francisco. 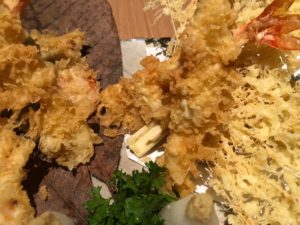 And on to tempura

Our meal continued, on to superb tempura and further to green tea icecream, marvellously enhanced by Wither Hills Sauvignon Blanc 2017 Marlborough. And after a great night’s sleep I rushed to the 24/7 LifeFitness gym, which wins an award for its generous fruit platter, and then it was breakfast in the 26th floor club lounge, which had an ultra alert lady chef on duty right at its 6.30 a.m. opening time.  This really is a hotel that never sleeps, and it is full of ideas that are new, at least to me. As well as healthy food suggestions its kids’ room service menu is full of puzzles and educationals.  I had no idea, for instance, that some watermelons in Japan are square – I shall remember this hotel for a myriad of reasons. SEE HERE FIRST ROOM 2625 AND THEN THE CLUB BREAKFAST