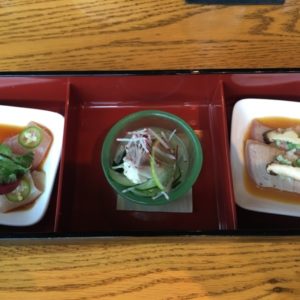 Lunch in many luxury hotels is a different experience from dining in the same place, says the gal. On Hong Kong island, for instance, some hotel restaurants do well at lunch because of business groups and ladies-who-lunch (normally with one picking up the entire tab, unlike the going-Dutch elsewhere in the world) – the same places can be near-empty at night. But Nobu, in InterContinental Hong Kong on the Kowloon mainland, is another story. It is busy at lunch, with amazing cross-harbour views. It is busy at night, when you can look across to the light, if not the sound, of the Island’s evening son-et-lumière. 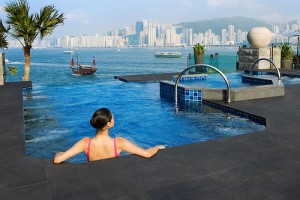 In the InterCon’s fabulous hot tub, looking across to Hong Kong Island

Lunch at Nobu the other day was fabulous, and not only because of those all-wall-window views – and anyone earlier enjoying the hotel’s outdoor pool and hot tub would do well to get dressed quick for a recovery lunch here. We all had bento box specials, and what a clever idea. You choose your own ingredients, which come, one after the other, in two long lacquer boxes, first with three cold items and then with three hot items, the whole for HK$398. I went for my favourite sashimis to start, and then, for the hotel items (see at the top of the story) I included my very-favourite black miso cod, which no-one does like Nobu. 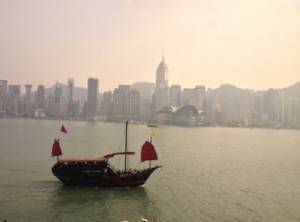 Again, looking across to the Island

But this is a pretty amazing restaurant, anyway, designed back in 2006 by David Rockwell with a ceiling of sea-urchins. It is timeless – see the video, below. The view is also timeless. It seems that night or day you can be assured of passing traffic, from the daily coming and going of Star Cruise ships, to the cross-harbour Star ferries, now making a considerably shorter journey since so much more land has been reclaimed that soon an athlete will be able to do a long-jump over the water and not need a boat at all. The junks plying tourist trips are always a photographic draw, and long may they continue. 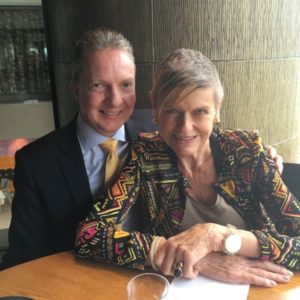 There is so much about this luxury hotel that goes on forever, too. It celebrates its 40th birthday next year but it is so up to the minute (one of the latest additions is a Double Detox in the I-Spa, where both body and face are detoxed and you recover with, believe it or not, your choice of bento box snack). But some things do change. Claus Pedersen, who was here until 2011 when he dared to leave for Macau, is back, as GM – it was like coming home, he says about his return on March 1st, 2016. Of the hotel’s total 750-strong staffing team, 215 have been here over ten years, and 107 of those have seen at least 20 years’ service. That says so much for leadership, past but also present.  And now see the Nobu video, below.