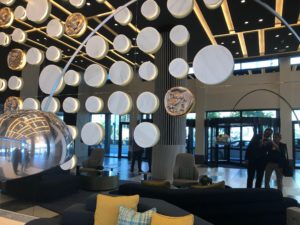 The gal wanted to experience Athens newest luxury hotel. Grand Hyatt Athens took its first guests Sunday August 5th, 2018, and one month exactly after opening it was running at 100%, which shows the power of the Hyatt brand.  Yes, it is actually an old lady, or rather a perennial dame, but, like the sexagenarian Madonna, who constantly re-invents herself, so does this eight-floor building on Syngrou Avenue.  What opened in 1977 as the Metropolitan became in turn Marriott and Ledra – and now it is Grand Hyatt.  Enter the lobby to an artwork that reflects you (in this photo you might just be able to make out the hotel’s GM Nikos Trikourakis). 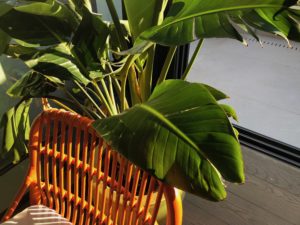 Colour on the rooftop

The hotel interiors have been redesigned by Maria Vafiadis, MKV designs, whose work includes Costa Navarino, and, in Switzerland, the Bürgenstock complex above Lucerne.  Here she has given the 308 rooms her standard treatment, gorgeous wood floors, muted colours, fabrics that feel good. Maria does not go for bling or gloss.  By contrast, the rooftop restaurant, a high-ceilinged space that extends out to the pool, is by Athens-based Gregorio Konstantopoulos (Proplusma Architects)who obviously favours lots of colour.  I love the way white marble tabletops are complemented by bright orange Bonacina plastic-look chairs, and lots of green plants.  The restaurant is currently hotel-run but a celebrity chef from Mykonos is rumoured to be on his way here. 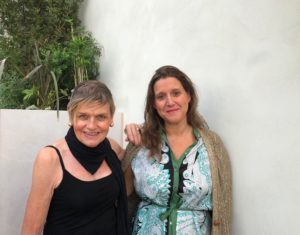 Tina Daskalantonaki has also had a big say in minutiae throughout the hotel.  I was so thrilled to catch up with her (we had lost touch for a few years).  Tina and her brother Yannis signed operational control of Grand Hyatt Athens, which is jointly owned by two investor groups, Henderson Park, and Hines Europe.  It was the Daskalantonaki pair who then, in May 2018, signed Hyatt, as a franchise – within three months, they got the 308-room hotel ready, and, as I have said, having the Hyatt brand on the building quickly attracted guests from far and wide. Tina is also hopeful that Hyatt’s partnership with Small Luxury Hotels of the World SLH will encourage followers of smaller hotels to turn to this hotel. 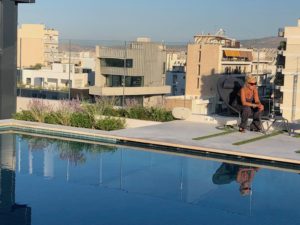 Looking over the pool to the city

It is the rooftop pool that truly turns this hotel from reliably first-class to lifestyle luxury. Tina Daskalantonaki says there was a pool there before but it was boring, ordinary.  Now the pool has been raised, with blue glass sides that enable you to see, as distorted as if in a fairground’s hall of mirrors, people swimming – sometimes their heads seem completely disjointed from their bodies. All around the pool is seating, raised along the long side away from Syngrou Avenue.  The bar of the restaurant is only 20 feet away so service is no problem, and even if live music is not playing right at this moment the noise levels of Athens’s movers and shakers, especially at sunset, might be complementing yet another fashion shoot.  See a video below if you do not believe me. SEE VIDEOS OF  710 – AND THE LIFESTYLE ROOFTOP