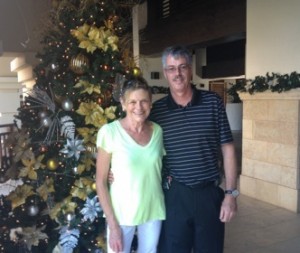 Fred Hoffmann is the Dutchman who has been running the luxury Hyatt Regency Aruba Resort & Casino, a 357-room beauty which is owned by Hyatt, who have been spending on upgrading as and when, or slightly before, it is needed. As the gal knows only too well, being owner-managed means, if that owner has cash in his pocket, the hotel will be botoxed and given tender loving care rather than being milked by a passionless private equity group to be sold on at maximum profit. 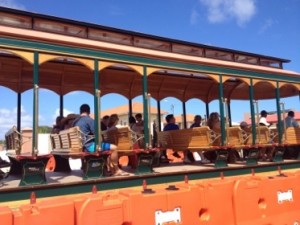 This hotel does need Caribbean siblings, but it has a Baha Mar Grand Hyatt opening June, and a 134-room Park Hyatt St Kitts, with Tom Fazio golf, scheduled for the following year. After a visit to Hyatt Regency Aruba Resort & Casino I headed back to Oranjestad harbour. A free trolley-bus, which seems to run somewhat erratically, was not exactly running at all: it was still stationary, where it had been two hours ago. I think people were just sitting in it to escape the sun. Aruba, by the way, has been a separate state within the Kingdom of the Netherlands since 1986, while geographically part of the ABC Islands, which also include Bonaire and Curaçao. 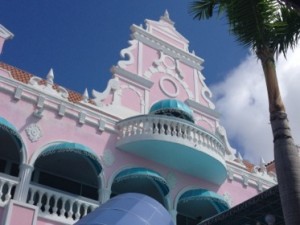 Aruba, which measures 19 by six miles in total and has a population of 97,000, now has massive hypermarkets but it is also known for its central-Oranjestad malls, Royal Plaza Mall and Seaport Village Mall and the like. Some of these institutions look authentically Dutch outside, but they contained some of the biggest Armani and Hilfiger stores you can find. I had a quick walk round, but I honestly do not need yet another watch, so I headed back to my temporary home on Silver Cloud to walk the deck some more (ten laps of the top, ninth, deck equates to a mile).