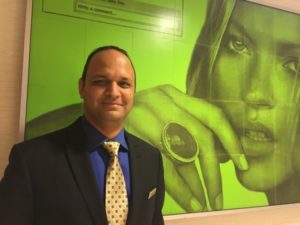 Who is the best-known model brand in the world? Definitely Kate Moss, says Chintan Dadhich, GM of Conrad Miami. She is the star of his luxury hotel’s current popup art show, featuring big names and social media – it is a funny thing, despite the continual insights into her less-than-healthy life, and her egocentric role in the pretty-ghastly Absolutely Fabulous: The Movie, it is Kate whom one knows. The fact, says the gal, that Mandie Fletcher’s superficial film also featured Dame Joan Collins, Suzy Menkes and even Kim Kardashian West sold it to the People magazine crowd, and helped substantiate the Kate legend even further. 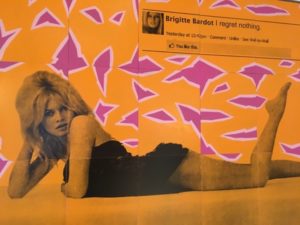 Brigitte Bardot is in the show, too, and also the world’s best-known Mexican. Who’s zat? No, not Diego Rivera but his wife, Frida Kahlo, apparently, whose work has been celebrated by Mexicans generally because it stands for national and indigenous tradition, and by feminists for her lifetime stance – interestingly, although her birth certificate shows 1907 she always said she was born July 7th, 1910, as she wanted to show she too began with the birth of Modern Mexico (she was born Magdalena Carmen Frieda Kahlo y Calderón, and she died as Frida Kahlo de Rivera, 1954). 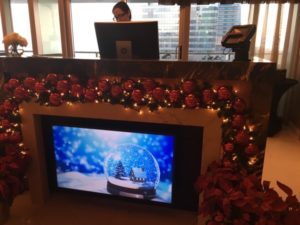 Chintan Dadhich is certainly bringing this 203-room skyscraper hotel, right on Brickell Avenue, to life. Rise to the 25th floor atrium for check-in and the fronts of the desks show continuously changing videos, currently Christmas-themed. Walk past the social media portraits and you get to pop-up bubbles, just right for having a drink and pretending – similar to those in the warmth of Monte-Carlo, in front of its casino – that you are in fact in a winter wonderland. In reality the freezing temperatures up north in the USA are doing marvels for his occupancy, says the Jaipur-born GM. People are rushing to Miami for Christmas and New Year and he is full. 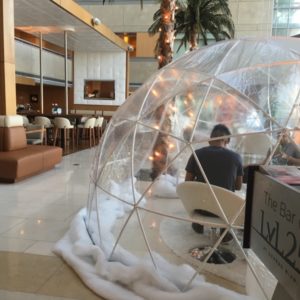 The ideal venue for a winter drink?

‘Every day is a happy hour here in Miami, and this space, on our 25th floor, is great year round for after-work networking’, he says. He is also pushing, right now, special winter spa offerings, say a Warm Wishes Swedish massage, or a 50-minute Humbug Cure, with cranberry oil. The Portuguese owner of this efficient luxury hotel must be very pleased with the add-ons that all make the 13-year old operation even more fun.