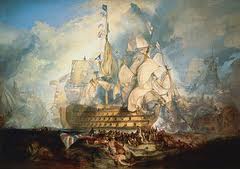 The Battle Trafalgar by Turner

The Battle of Trafalgar – as portrayed in this painting by J.M.W. Turner 1789-1862 – was a mighty confrontation between the British Royal Navy and the combined fleets of France and Spain. The main engagement was 21st October, 1805. Britain won (yippee) but Nelson was killed. Now why should this be of interest to a 21st century traveler? Anyone who hops, skips and jumps from one luxury hotel to another knows that it can be difficult to remember a room number. The gal was in lovely suite 1805 of Ritz-Carlton Toronto and she needed an aide-memoire. Of course other things happened that year. Napoleon annulled France’s ten-day week, Sweden declared war on France, Detroit burned to the ground, Jefferson was sworn in for his second term as President and the first annual Trooping the Colour was held at London’s Horse Guards Parade… 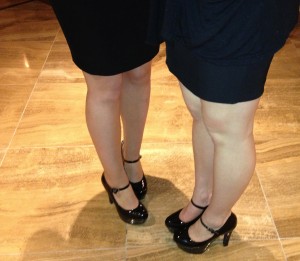 Talking of annual events, I arrived at 267-room The Ritz-Carlton Toronto during Fashion Week. Started by Robin Kaye, it is now run by the mighty IMG organization, and mainly sponsored by Mastercard. This is the official hotel. It runs a Ritz-Carlton Café by, rather than on, the catwalk and its own lobby bar is turned into a fashion meeting place. Two lovely young ladies in matching footwear were manning the entrance to the bar. Are those uniform shoes, I asked? Yes, they said. Only later did I discover that they were Fashion Week, rather than hotel, employees. Mind you, those employed by the hotel look good too. Many of the ladies wear the same soft front-tie blouses as in the Montreal hotel, though there the fabric is cream, here it is soft rose. 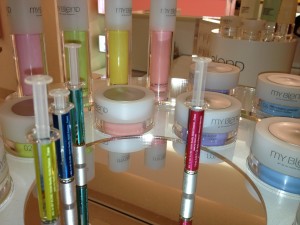 Colour at MyBlend by Clarins

There is an abundance of colours in the hotel’s MyBlend by Clarins Spa, the first one in North America. Having already been to the original, in Royal Monceau Raffles, Paris, I was keen to try this Canadian version, and it was, well, as idyllic as ever. We are all about wellness here, I am told again and again. Make sure your face is right, your nails are right (they do Jackie Gideon beauty here), your body is as good as you can get it (ask for a yogagurl session with Alexandra Leikermoser). All part of the red carpet necessity, just right for staying in the fashion centre hotel that also happens to be in the entertainment and sports centre of town – I travelled up in an elevator with these tall guys, wow, a basketball team that made me feel like a midget. 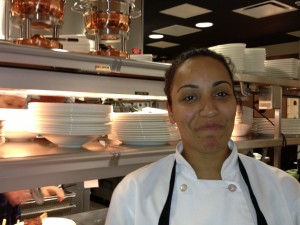 These guys apparently devour fried chicken and pizzas. I certainly did not see them in TOCA (TOronto CAnada, get it?). The hotel’s restaurant is in the hands of a talented Spanish chef, Gihen Zitouni, who worked with Sergi Arola, he who oversees the restaurants at Ritz-Carlton Santiago and W Paris – Opéra, as well as having one at Hotel Arts in Barcelona. Gihen Zitouni specializes in starters to share, say hummus or smoked eggplant dips, and delicious warm flatbread topped with caramelized onion and pear and arugula and a poached egg. Then go on to your choice of main, say a B.C. confit codfish. Everyone who knows this place finishes with a wooden platter of cheeses, as there is an adjacent glass-walled cheese room, so you can go in to select your tastings. 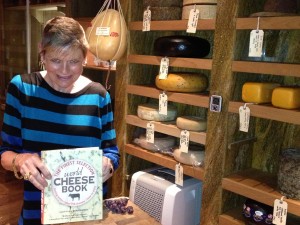 Soon you can even choose your cheese for a fondue, with all the trimmings, and of course cheeses also feature on the breakfast buffet, set out carefully just next to the cheese room. At dinner, we had left our wine tastings in the hands of sommelier Taylor Thompson. He finished us off, well not literally of course, with a Henry of Pelham Baco Noir Reserve Niagara 2010. He mentioned Nova Scotia wineries, of which I previously knew nothing. Look out, he said, for L’Acadie Vineyards, Annapolis Highland Vineyards and Lukett Vineyards. After that I went back upstairs, to 1805 (yes, I remembered!), a most agreeable lightwood suite looking down to Lake Ontario. I dreamed of Niagara, only 45 minutes’ drive away. It is years since I went there, forgetting to take my passport as we sailed up and down the St. Lawrence, wondering if either Canada or the US of A would ever let me land… 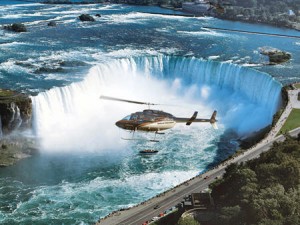 Why not fly over Niagara Falls for a change?

Today a much better wow-girl experience would be to take Taylor Thompson’s advice and helicopter over Niagara Falls, and then land for a tasting of great Niagara-area wines. After that I would ideally return to the luxury hotel that is my temporary home, for sunset views up in the 20th floor Club Lounge followed by hours of sleep in that comfortable bed in 1805 – IMG’s fashion director, Jarrad Clark, cites ‘beauty sleep on a Ritz-Carlton bed’, as one of his necessities to survive World Mastercard Fashion Week here (other must-haves are a black suit to go from event to event, and his iPhone for spreading the buzz).