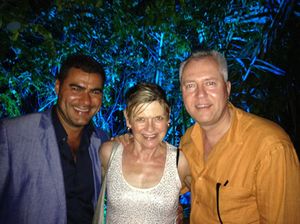 Where on earth are these guys, out of this world or in it? Sometimes the most serious exponents of luxury hotel travel have to let their hair down, and in this ultra-friendly world that is International Luxury Travel Market (ILTM) Americas, at Mayakoba, that is just what is happening this week.  Here are, on the left, Alvaro Valeriani, Uruguay-born head of sales for Hyatt in the Caribbean and South America, and his buddy and colleague, Kurt Straub, Hyatt big-boss for Mexico. The gal was lucky to be with them as they walked-the-walk to Rosewood’s party. 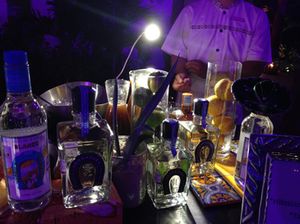 Rosewood head here, Australian Graeme Davis, decided to throw his party in a little hut – like the size of two tennis courts – that Tina Green, sorry Lady Green – had put up as one of four venues for the mammoth party for her husband Sir Philip Green’s 60th birthday back in Aprll 2012.  She just happened to leave the hut behind, not surprisingly.  Apparently Graeme Davis, when discussing locations, said there were plenty of portaloos available but Lady G had proper flushers installed, with gold taps. 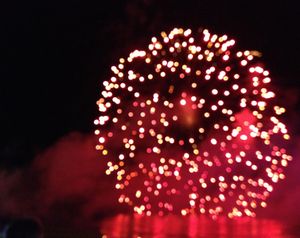 That party had been amazing and the guest list included not only a Green protégée, Kate Moss, but another top was-a-model, Naomi Campbell.  I am reminded of the party that particular lady threw in Jodhpur, at Umaid Bhawan Palace, for her boyfriend’s 40th.  It is true it cost a million dollars and the relationship broke up soon afterwards?  This party lark is getting out of hand.  But not here. The ILTM party goes on and on, with the food in the hut divided into four areas, including one English area, with fish and chips, in honour of Rosewood London, opening next month. 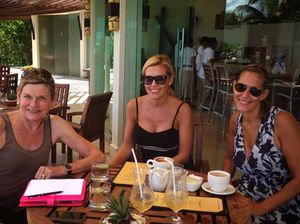 I had earlier come in at the end of a lunch at the Rosewood Mayakoba’s poolside restaurant. Two of my favourite girlfriends in the world of today’s luxury travel, social media queen Tiffany Dowd and Stacy Small, personal travel advisor to Silicon Valley stars, were both busy tweeting when I arrived.  Hey girls, can’t you even talk to each other? We have been talking nonstop for two hours, they said.  Sit down and have a glass of water.  The bottle arrived in a silver holder. That is one sign of a luxury hotel.