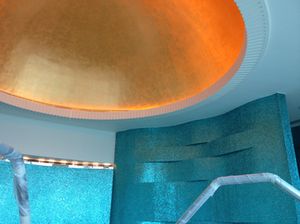 Detail of the spa…

When a spa says COLOUR, as at Bulgari Hotel London, the gal feels like dancing – OK not necessarily Psy’s Gangnam but dancing on clouds, dancing through life.  This is just the effect that the spa gives at what will be St Regis Abu Dhabi. Look at the colours in the wet room in the ladies’ locker area (the bars are wrapped in polythene as the hotel is not yet open – the first guest will arrive this August).  Yes, not only another luxury hotel in town, but a second St Regis, a sibling to the fabulous St Regis Saadiyat Island Abu Dhabi. 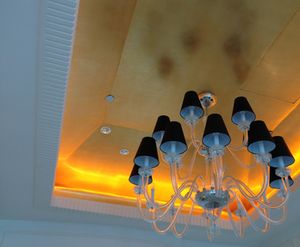 .. which has amazing chandeliers

The spa here just goes on saying wow, wow. There are 11 treatment rooms, all at least 600 sq ft, which is twice the size of some hotels’ basic bedrooms and more than three times those at the clever Citizen M hotel in Amsterdam, a fun place that conveniently happens to be a couple of blocks from Amsterdam’s RAI conference centre. 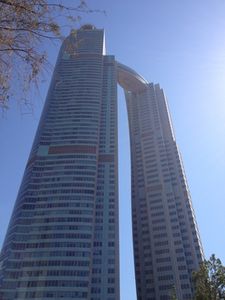 Some of the spa rooms here have chandeliers, but then the whole hotel seems to be highlighted by chandeliers.  Yet more work for the Czech makers who must be supporting their nation’s economy.  That would be a good trivia question – which nation has the highest GDP contribution from overhead crystals? This hotel is part of a sculpture-like affair of twin towers, 50 floors high and joined at the top by what will be an 11,000 sq ft – yes, you read that right – an 11,000 sq ft suite, for which you get three proper bedrooms and one tiny one ‘for the maid’. The rest of the hotel will be on floors 33 to 49, and rooms start from 430 sq ft in size. 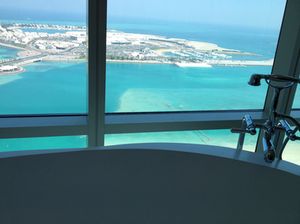 View from a bathtub

Actually I really liked, at my show-round, what they call Grand Deluxe Suites.  You have one shared bedroom and salon, reached by a corridor that goes past the bathroom.  This is the pièce de résistance as you have a freestanding oval bathtub with stunning views out of the window.  Look down at the grounds of Emirates Palace while you soak, or whatever. 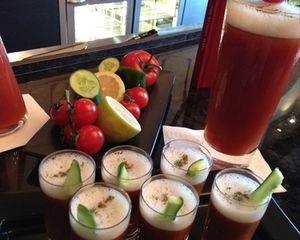 A desert snapper, and sample tasters

I fantasize.  Perhaps I would lie in the bathtub drinking the house Bloody Mary.  As you by now know, dear reader, every St Regis has its own version of the Bloody Mary that was first invented in the bar of St Regis New York. Here the drink will be a desert snapper, with za’atar once again but here it is smoked, with one of the little hand-held smokers that I first came across in the bar of Ritz-Carlton Vienna.  Yes, you can see my mind is wandering the world (just as if I really WERE in the bath drinking not just one but a succession of desert snappers…) 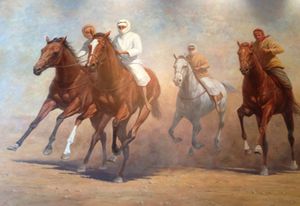 One of the bar’s three paintings

The hotel will have a statuesque bar, just as in all St Regis.  There is always a big painting with some local emphasis: here, there are three paintings of horsemen tearing through the desert. I am told by Oliver Key, who will be opening boss of this luxury hotel, that they are by a Russian named Sergei Yatsenko, whose company is called Scythian.  Looking at them I think of my friend Wael Soueid at Qasr al Sarab whose hobbies are polo and endurance riding.  For the latter, you ride and ride, a hundred miles or more, but you stop at set times for the horses to be medically tested.  This is when you might need a desert snapper, or at least you could fantasize about one.