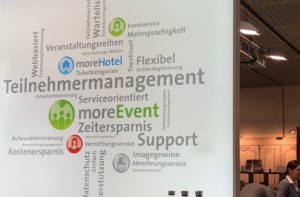 And then, as always, it was time to leave the hotel-centric International Hotel Investment Forum IHIF, where 2,300 delegates were magnificently serviced at InterContinental Berlin (thank you again to hotel GM Aernout De Jong and his team). Interestingly, De Jong’s ultimate boss, Keith Barr – and his lawyers – waited until AFTER Berlin’s ultra-busy week to announce that all InterContinental’s will have new step-siblings. On March 14th, 2018, it was announced, as rumoured by all except The Sunday Times in the UK, the Regent brand will join the IHG family.  Anyway, back in Berlin, the gal gritted her teeth, made sure she had really comfy walking shoes on and joined the masses trudging across town to Messe-Berlin for ITB, March 6-11, 2018. This year, says ITB, there were 110,000 trade visitors, followed at the weekend by 60,000 consumers. For those who were sadly otherwise engaged and could not make it to ITB, they will hear that this year’s seemed even more confusing than usual. 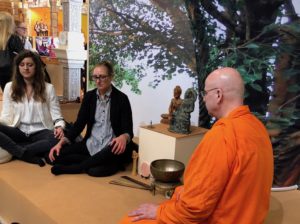 Why? First, most needed security-belt checking to get in. Once inside, signage, particularly to Hall 9, has become more scarce. There, at Hall 9, such luxury brands as Four Seasons and Mandarin Oriental have given up. Fairmont, Raffles and Swissôtel, are now part of Accor, Kempinski is on the GHA stand, and Starwood has been blended, as though making a perfect sauce béarnaise, into Marriott. This means, admittedly, that there is now mega-space in Hall 9 for Vienna House – see a video, below – and even more room for the giant Chinese online travel provider C-trip. Yes, dear friends, Hall 9 is being taken over by car rental giants and tech. Thank goodness there were, outside Hall 9, meditation areas, and soothing displays of leaf-plaiting. 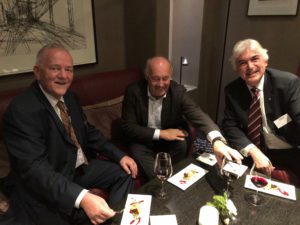 But good marks to Hertz for its icecream service, which attracted a waitline of minimum-30 all day long – and thank you, Radisson, who sponsored excellent event-wide free WiFi (password radissonhotels). Some companies hosted at the show – I loved the stylish bento box lunches at LUX*, which has now been able to get space in Hall 9. Most exhibitors, however, threw parties after-show. The Hilton cocktail, on the 15t floor of Waldorf Astoria Berlin, always attracts top local media who know they get a chance really to talk to experienced Hilton operators. Sadly, I had to pass this year on Deutsche Hospitality’s annual Kitchen Party, with super food throughout the extensive kitchens of Steigenberger Berlin, and I was unable to stay on for the Hideaways party.

A highlight cocktail was hosted by Accor at Das Stue, a gorgeous luxury-residence hotel ten minutes’ walk from the InterContinental (connoisseur M.P.S. Puri stayed there during the investment conference which shows it MUST be good). Now it will be even better. As of Tuesday, March 6th, it became part of Accor, with a striking new name, SO Berlin Das Stue – of course a party had to be held, and Accor’s luxury boss, Chris Cahill, was there. And then I went on to the annual conversation-among-industry friends dinner in a retro house in east Berlin, and following night, which again saw far too few hours for sleeping, was Kempinski’s superlative… read on (but do note that next ITB is March 6-10, 2019). AND NOW SEE VIDEOS OF THE VIENNA HOUSE ITB STAND, AND A SECTION OF SO BERLIN DAS STUE’S PARTY