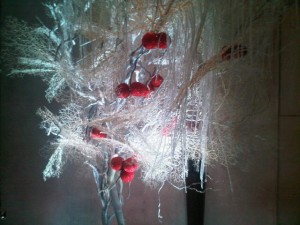 Outside the main door of The Metropolitan

The Winter Wonderland continues in London.  The gal heads to Old Park Lane (just up from the Hard Rock café, behind the Four Seasons).  A discreet door on your right side, east of the Lane, is flanked by more white boughs, this time enlivened by a few scarlet baubles.

An Armani-dressed doorman ushers me in to The Metropolitan just as two stunning young women in short LBDs walk by.  They are dressed identically, these cocktail waitresses, and they too are in Armani.

The new-look Met Bar, with plain-cardboard art on the wall

The entire complement at this luxury hotel are Armani dressed as its owner, Christina Ong, just happens to have the Armani concession for much of the world.

It is the wrong time of day to see the Nobu restaurant upstairs, the one that goes on for ever and ever. I think of Drew Nieporent in Amsterdam last week, at the Leading meeting, saying how two of the Nobus in New York each turn over 500 covers (diners) a day at average check of $100 and the restaurants, which thus make $18 million each a year, do not even need to invest in silver cutlery as it is only chopsticks. 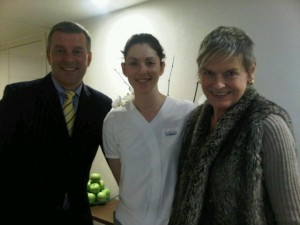 Back to earth, gal.  I am shown the new-look Met Bar, now an open affair.  It has a big window overlooking Old Park Lane and, whereas it was formerly members and hotel guests only, now it is open to all and discerning sundry.  Love Giles Millers’ undecorated cardboard cut-outs of dancers on one wall.   I remember artefacts from the old bar were sold on eBay in support of Teens Unite Fighting Cancer, good job Met.

It is the right time to visit the fabulous new COMO Shambala Urban Escape, created out of what were formerly six bedrooms. Noula Friend, formerly at sea with Mandara Spas, is director and, dressed like her colleagues in Armani’s version of Thai fishermen’s gear (pale khaki low-hip wrap-pants and long white shirt), she showed me round. 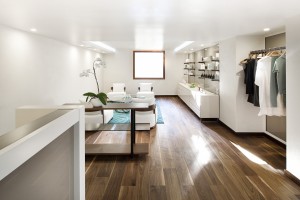 All six treatment rooms are pale honey and milk chocolate colours, with back-lit phials of herbal scents forming patterns on wall shelves.  Most of the products are COMO’s own, Invigorate (eucalyptus, geranium, lavender, peppermint) and Shelter (basil and ginger). They also use the more-medical Dr Perricone and a South African dermatological specialty, Environ, plus OPI for nails.

A lovely Japanese girl worked away while I dozed for an hour, listening to softest electronic spa music.  This is the way to go, I thought.  It was hard to believe this idyllic retreat is right in the middle of Mayfair, London.