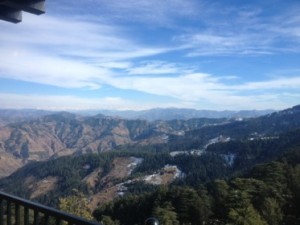 View from the Lord Kitchener Suite

Oh what a view. No wonder, in the days of the Raj, the British would retreat up to the Himalayas, perhaps here, to the Simla (Shimla) area, to escape the heat, and admire the scenery. This is the view from room 545, the Lord Kitchener Suite, in one of Oberoi‘s luxury hotels, Wildflower Hall, at 8,692 feet above sea level. It is a gem, set in 22 acres, some of it cultivated but mostly left wild, blending in to the cypress forests around. Having arrived from the mist (for which read smog) of Delhi, the gal breathed in good, fresh, mountain air, again and again. 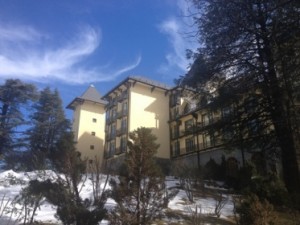 The current six-floor hotel, with 87 bedrooms, opened in 2001 on the site of an earlier building that had been razed by fire eight years previously. Biki Oberoi led the design of the new construction, ensuring that it looked as authentically Raj as possible. It had been the Viceroy’s home and Kitchener came here for nine summers – it was he who planted the garden. Herbert Kitchener, born in northern Ireland in 1850, was a celebrated military tactician and leader, famed for winning the 1898 Battle of Omdurman. 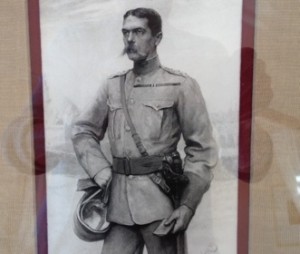 One of the photos of Kitchener in his eponymous suite

He then turned his attention from Sudan to South Africa‘s Boer War, and thence here to India, where unfortunately he did not see eye to eye with the current Viceroy, Lord Curzon. Anyway, Kitchener rose unstoppably to become, in turn, Baron Kitchener of Khartoum and Aspall (Suffolk); Viscount Kitchener of Khartoum, Vaal (Transvaal) and Aspall, and Earl Kitchener of Khartoum and Broome (Kent). In 1914, by now a Field Marshal, he was appointed Secretary of State for War and began preparing for a long war. Tragically he was one of 600 drowned in June 1916, when the cruiser HMS Hampshire sank west of the Orkneys (he was en route to Russia when the ship struck a mine). 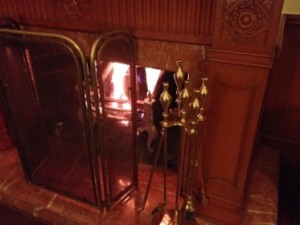 My fire is lit

Now, today, I am in the suite named for him, and I think how much he would have loved this luxury hotel. I have a real log fire, which is lit for me by one of kurta-wearing 250-strong team members, all of whom come from this area. I go to sleep accompanied by crackling wood …