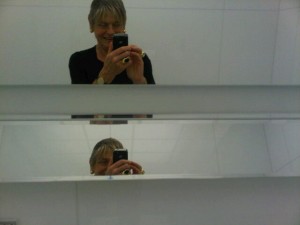 A girl’s thoughts ‘flow openly and fluidly, unhindered by macho aggressiveness and force’. Such is the sermon of Philippe Starck, the designer whom I once called stark-raving-mad.

Yes, he designed clear plastic chairs, and a lemon squeezer that sits high above three legs, like a spider.  He has also done several interiors that I have not exactly been complimentary about.

But oh, the just-opened spa at Le Royal Monceau Raffles Paris is truly out of this world (coincidentally, it opened the day the luxury hotel’s new boss, Omer Acar, started).  Let us have some more Starck, to start: ‘a spa is quintessentially a feminine world and here he wanted to explore the architectural possibilities of the female subconscious’. 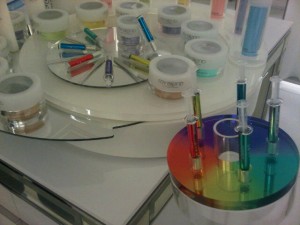 This is a basement area, some 1,600 sq m in all, but skylights into the hotel’s courtyard garden allow in plenty of daylight.  The largest pool in a Paris hotel – 28 metres long – thus seems like a white-walled conservatory, sleek and minimalist.

Those adjectives go apply to the entire area. Acres of white marble must have been used.  The main colour comes from the bar display for My Blend by Clarins.  This is the first place, anywhere, to offer Clarins’ new bespoke range.  Apparently a treatment starts with a consultation, over an energising tea or glass of Evian.

Your own prescription is then made up, and always kept on file (for more supplies, return to the hotel, or email).  My Blend has been devised by Dr Olivier Courtin, son of Clarins’ founder, Jacques Courtin-Clarins.  Oliver was an orthopedic surgeon specialising in women’s sports injuries until he moved into the Clarins’ fold, to head R&D. 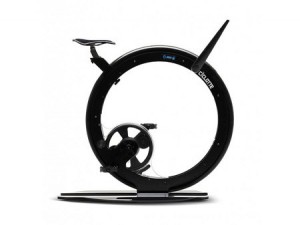 In his book, The Courtin Concept – Six Keys to Great Skin at Any Age, he describes what he calls Cell Synergy, the need for day and night ingredients to improve skin’s intercellular communication.  Watch this space, I will be back to try what is oh so right for the next few years, chic, relevant, a tiny bit clinical.

I shall also return for proper time in the hotel’s gym (Kinesis, Pilates, Technogym).  One whole room is given up to a Ciclotte!  I had seen one of these futuristic exercise bikes on display in a glass case in Olbia, Sardinia, when staying nearby at Costa Smeralda, but I had never tried such a futuristic piece. 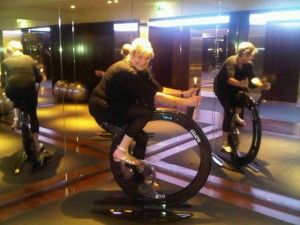 The carbon, glass fibre and steel ‘sculpture’, designed by Luca Schieppati (in Milan, of course), uses an epicycloid crank system and magnetic field for thigh-steeling resistance.  It costs over $10,000, not bad going for a pretty original artwork.

I headed upstairs, and had a crispy vegetable salad in La Cuisine, sitting on a squashy butternut squash-coloured banquette and looking at a multi-colour interior, all more Starck, but perhaps now, in comparison to the futuristic spa, just a tiny bit tomorrow…