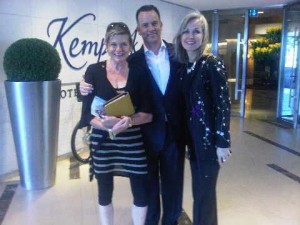 There is nothing nicer than meeting up with friends, especially when you have known them for-ever and you can say what-ever to them and when you do they might give as good as they get but they understand, and the relationship does not suffer.

The gal’s friends are all over the world.   I last saw Duncan O’Rourke in Berlin, and Maria Kuhn in Shanghai, over a PuLi lunch (love that place!).  Now here we are, all three of, us at Grand Hotel Kempinski Geneva. Duncan is seeing Maria and me off as he heads away for dinner.  He sadly has some kind of business event that cannot be nearly as much fun. 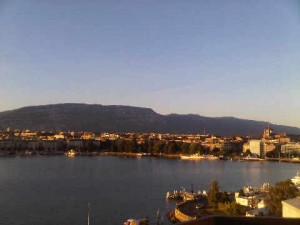 For the record, thanks to a recommendation from a mutual friend, Nancy, Maria had arranged dinner at Restaurant des Creux-de-Genthod, about 20 minutes east along the lake from Geneva.  I recommend their version of fish and chips, which comes with a bio-organic (surely the same?) salad.

And there is nothing nicer than waking up with yet another stunning view.  In 8809 at the 423-room luxury hotel you have one of the front-facing rooms, with a balcony.  Look over the lake to the English Garden and the old city behind.

The gym opens 0500 and there is already, an hour later, an ultra-fat Central European gentleman wearing nothing but a pouch-swimsuit (about six square inches of fabric to cover his you-know-what) and white towel slippers working out, trying to be ultra-fit. 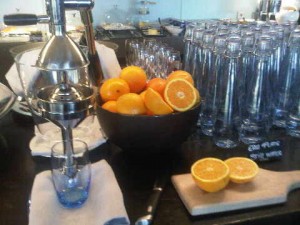 He does apologise, in broken English, for his appearance, but gives no reason. An hour later I hit the breakfast room.  Wow what a spread. As well as the indoor-outdoor view over the lake, the food is sensational, with Swiss yoghurts, Swiss breads and hot French croissants brought around by a smiling Turkish waiter.

What a nice touch of Thierry Lavalley’s, the Frenchman who runs this place, to have not only real fresh orange juice in a dispenser but also a supply of oranges (presumably not Swiss) and a lever-type squeezer so you can make your own.

This is one of the few hotels in the world, along with some in the Phoenix area of Arizona, to have working fires in the main lobby even when it is 30 degrees outside.  But who cares?  It is a nice warm feeling psychologically. 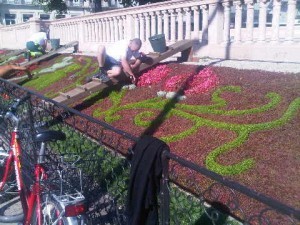 One feels the same about the Lady In Red, the hostess-greeter in a scarlet outfit who is now a recognizable sign of all Kempinskis. You used to know you were in a Marriott because of the photo of the lovely Marriott family in the lobby.

Today you are in a Kempi by the real-live Lady In Red in the lobby.  Such a simple idea, and it took a former New York producer to think of it, but so often the simplest things are most effective.  I was farewelled by Maria-in-Red, and walked west along Quai de Mont Blanc.

In front of the Alpine Garden and the Brunswick Monument, gardeners did their Swiss thing, almost as detailed as plucking one’s eyebrows.  Simple.  Sit on a wooden plank spread over the plants. 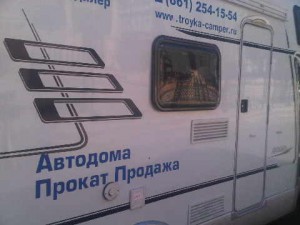 Further along there was a Russian camper van.  Middle Easterners have gone home, for the month-long Ramadan. Russians are not exactly here in the force that are, say, the Chinese and Koreans, busy taking photographs, of a toy tourist train here and, of course, the statue of the Duke of Brunswick there.

It is the mausoleum of Charles d’Este-Guelph, Duke of Brunswick, 1804-1873.  In his will he left a tidy sum to for the city of Geneva, where he had lived from 1870, to build a memorial to him.  It is, as he hoped, an exact copy of one in Verona, finished in the 14th century as the Scaligeri family tomb. 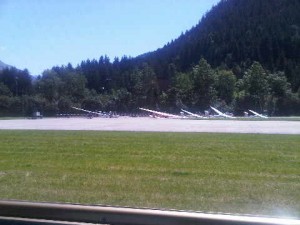 Gliders at Saarnen, seen from the Golden Pass train

What a journey the Russian camper van has had… other Russians come by plane, either commercial or private.  Having walked up Rue des Alpes to Geneva’s main rail station, I took an intercity express train to Montreux and then the charming toy-town Golden Pass non-express winding up to mountain land.

We passed the private-jet field at Saarnen, used for an annual polo match.  Whom do those planes belong to?  Russian oligarchs having a breather before heading on to London to sue each other, much to the delight of lawyers, or bankers, equally delighted until Brand Banker began to go sour, now perhaps hiding from the outside world out to get them? 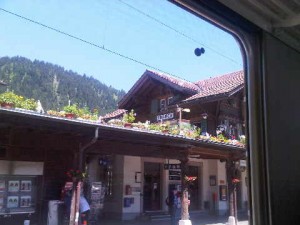 One of the charming, well-tended rail stations has plants, and plastic gnomes, on its roof

There is something magical about non-mainline Swiss trains.  Like their faster counterparts they are precisely, like to the second, on time, executing a schedule that, as in my case, allowed only three minutes to change trains.  But of course the transfer was made, from one immaculate train to another.

We pass little stations that are lovingly cared for.  This one has, around the edge of its wide overhang roof, a display of real plants and plastic gnomes.  Whoever was it way back in the 1960s who first thought up plastic gnomes. At least up on a station roof these cannot be stolen. 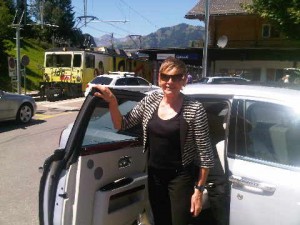 Arrival at the next port of call…. watch this space!

So I arrive, and from dear little toytown train I transfer, to a two-week old Rolls- Royce that would match my hair were it (hair not car) silver.  It is totally gorgeous and I long for a long journey, but where is the destination this time?