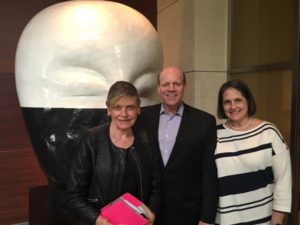 There are over 520 weddings a year at the luxury Grand Hyatt Tokyo Hotel, and conversation at lunch there with its enthusiastic GM, Steve Dewire, and his wife Barbara, naturally turned to that subject. They met as juniors in high school, back in USA, married four years later and they have a big anniversary coming up, they both said with enormous smiles. The gal thought of her own anniversary coming up, but not quite so soon. It was an occasion to think of weddings, as the hotel has a Christian chapel and a Shinto temple, both seating 100. Interestingly, from a legal viewpoint a ceremony is in fact unnecessary as a couple are considered married once they have signed family registration sheets. The love of tradition is not to be denied, however, and some couples opt for both ‘eastern’ and ‘western’ rituals, in appropriate dress. 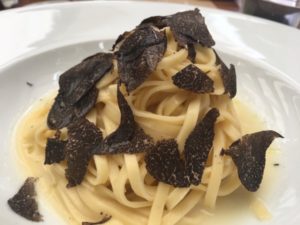 From what I can gather only about five percent of marriages are as a result of omiai arranged couplings, often via a matchmaker. sixty percent seem to meet at their workplace, via siblings or through friends. Today’s average marriage age is 31 for men, 29 for women – the highest in Asia. By that time both may have acquired expensive tastes, so a slap-up wedding is just what they want, and fortunately hotels of the calibre of Grand Hyatt Tokyo are happy to oblige. Some weekends there can be 14 weddings going on. Of all the suggestions, the one I find most fascinating is actually dining with your guests at the Chef’s Table in the hotel’s French Kitchen restaurant. This is private dining with a twist as the chef cooks right there in front of you. 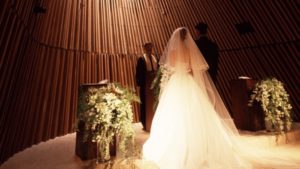 The hotel’s package is all-inclusive, food and drinks and service, for 12 admittedly, which does mean this is a somewhat bijou party – you also get a hotel bedroom for two nights. Those who are lucky enough to be invited to any wedding typically get a reply card with the invitation, and if you cannot go it is customary to send goshugi, gift money, which is a financial contribution – yes, the guests foot much of the bill for the entire event. If you can go to the wedding, you hand your goshugi to the reception, in a goshugi-bukoro envelope holding brand-new notes without stains or markings, but the ironic thing is that a gift will be waiting on your seat, one that is worth about half of the goshugi you handed over (this gift is called hikidemono). It was all so fascinating talking weddings that we barely talked about the current black truffle promotion at this luxury hotel – not, admittedly, in the French Kitchen but in the Italian-theme Fiorentina (my taglioni with black truffles would have made a divine wedding dish). One thing you can be sure to be offered at any weddings, however, is kazunoko herring roe – because it is a symbol of fertility: it is dried, and pickled in kosher salt. The wedding cake is traditionally made with sushi rice and smoked salmon, but there are daifuku sweet bites. Whatever type of cuisine is chosen there will be an odd number of courses, to prevent any possible division between the couple.