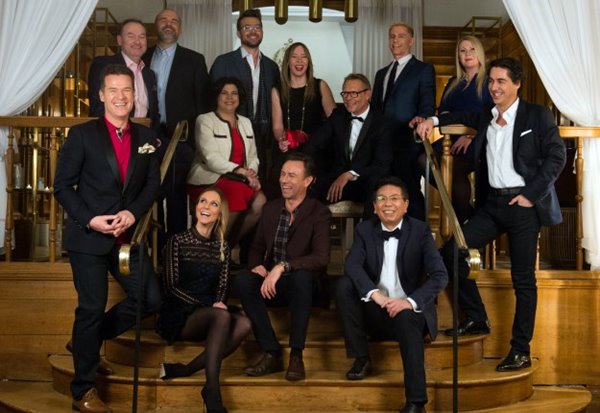 For the very first time, Traveller Made is revealing its 12 most influential luxury Travel Designers (along with CEO and founder, Quentin Desurmont).

What is it about?

Launched in 2013, Traveller Made − the world’s largest network dedicated to ultra-luxury travel − has just revealed its best 12 Travel Designers. For the first time ever, they have come together for an exclusive photo shoot in Hôtel Barrière Le Normandy, Deauville.

The 12 people featured in this photo have been voted as the best Travel Designers in the world by Traveller Made. These movers and shakers of the travel world have been rewarded for their expertise in five specific aspects of luxury travel: Tailor-made Travel Design, Destination Knowledge, Client Knowledge, Supplier Knowledge, and Crisis Management.

Much more than just planners, trend-hunters, ultimate luxury suppliers or influential pathfinders, these up-and-coming stars of luxury travel create unforgettable moments for the wealthiest people on the planet. They are the brains behind some of the most extraordinary trips ever organised.

It’s all about value

By 2020, the luxury travel sector will be revolutionised: wealthy clients prefer small, intimate units in terms of accommodation. But there is also another phenomenon that deals with organisation. More than just tailor-made, wealthy travellers want haute couture, uniqueness. Money is no object: the essential thing is that the trip is designed only for them and cannot be done by anyone else.

Creating rarity, uniqueness and, therefore, value is the primary talent of the Traveller Made community, which was inspired by the stakeholders in luxury goods companies, those which used to be small local businesses and have transformed into well-known international empires.

The Traveller Made network highlights the talent of luxury Travel Designers to create the most beautiful and unique trips. This prize is very important as it contributes to the recognition of expertise and to shining light onto an unknown profession, together with the rising stars of the luxury sphere.

Key figures about Traveller Made

Launch date: September 2013
283 member agencies: 137 in Europe and 146 in North America, South America, Russia, Asia, Middle East, Oceania
Presence in 58 countries
Significant growth: 50% more member agencies in 2016 vs 2015
100% of itineraries are tailor-made
No deals with cruise companies or tour operators (unlike other networks)
Member agencies’ clients are 50,000 ultra-wealthy families worldwide (out of 200,000 total ultra-wealthy families worldwide, i.e. 25%)
These families own $30 million to $50 billion in liquid assets.

Main image, from left to right and from top to bottom: